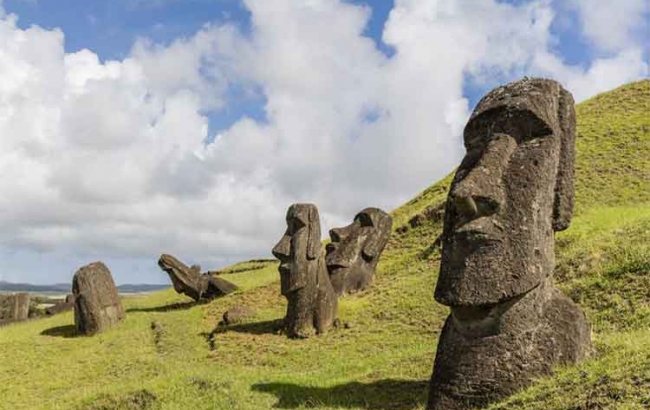 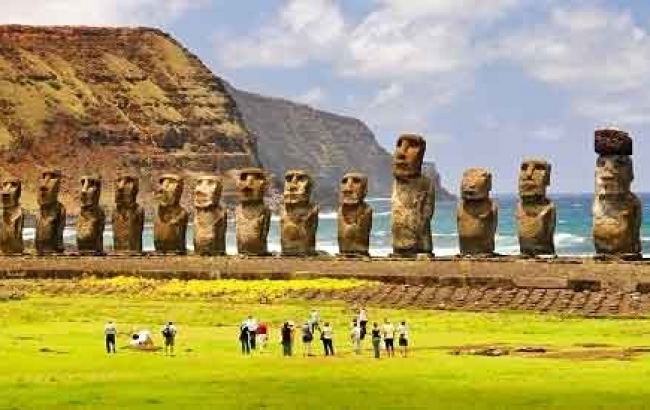 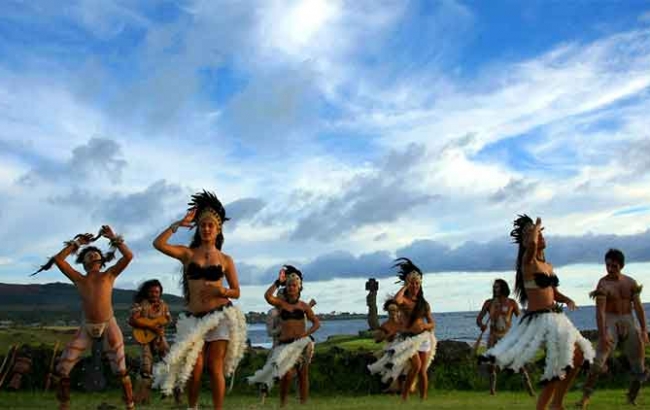 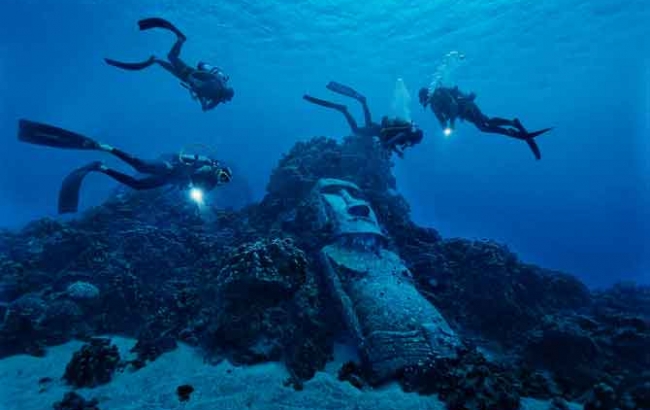 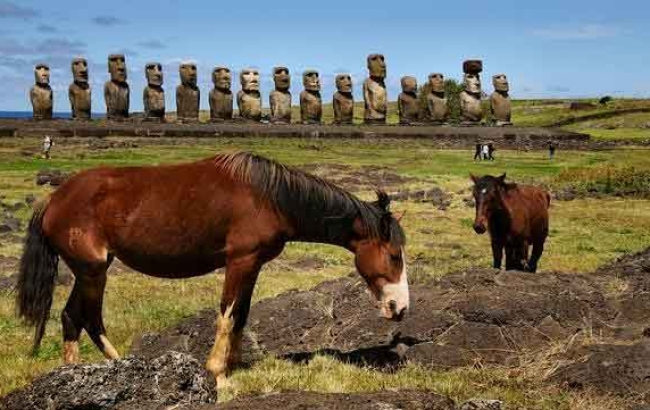 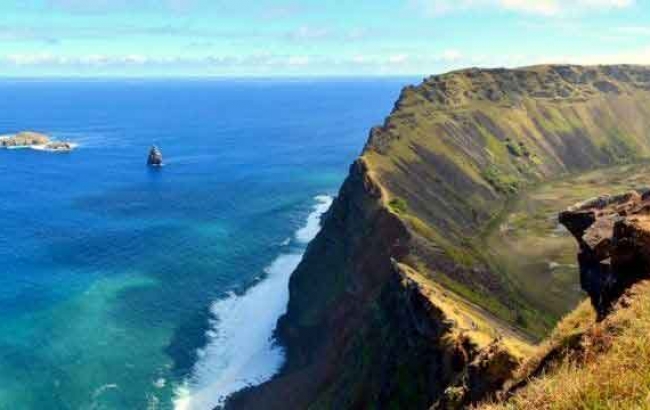 Remote island located 3,760 km to the west of the Chilean coasts. Mystic and overwhelmed with legend, its history goes back to IV century d. c. Famous are the colossal stone statues, up to seven meters high, known as Moai, that stand with their backs to the Pacific and which origin, until today, is a mystery. Still there is no consensus on the origins of its first inhabitants. Some state that the first settlers came from the Polynesia but others remark that its origin is South American. Whatever the theory, it is clear that the men who built the moai were part of a hierarchic and very religious culture that wanted to elevate their ancestors to the quality of Gods. This matchless archaeological patrimony can be admired in its entire splendor in Tahai, a ceremonial center that joins testimonies of the Rapa nui culture at its most glorious moments. Ahu Akivi, a platform (ahu), with seven moai oriented in relation to the equinoxes. Ahu Tepeu with great stones in its platform, very well assembled, but where moai still are face down as they were left by its inhabitants. Vinapu, formed by two temples or ahu in ruins, one of them has a great similarity in the carving of its stones with the ruins of Machu Picchu. Ahu Vaihú, to observe some of the red stone hats that some moai carry in the head. Rano Raraku, in which quarries of this volcano almost all moai existing in the island were carved. Going up until the edge of the crater a lagoon covered with straw and other moai built in the inner quarries can be observed.